In this week’s news roundup, we bring you some of the highlights in crypto over the last week, including its biggest winners and losers. We discuss why this particular moment in the cycle of the BTC reward halving is important, explain why bitcoin is giving PayPal a run for its money, and delve into the curious spectacle of John McAfee’s bold crypto proclamations on Twitter. 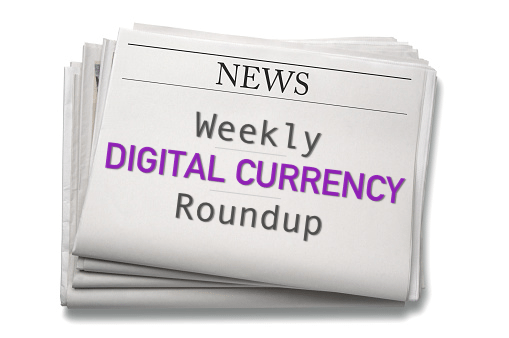 Bitcoin Flat for the Week Before Taking Early Morning Dip

It was another 7 days of ups and downs for BTC, which ended the week almost flat until a sudden early morning dip took the price down 2%, where it hovered precipitously over the $3,700 level. Despite its first tick downward in March, bitcoin bulls still had reason to celebrate as February marked the first month-over-month positive price movement since July. BTC climbed from $3,450 to $3,860 in February, representing an 11.5% gain. Per usual, it brought the entire market cap of all coins with it, which increased over 14% in this same period of time.

Things certainly began to look more optimistic for the crypto market as a whole, as with each passing day the December 2018 bottom of the bear market seems to be falling further out of view. Several lagging indicators used by technical analysts are pointing to a renewed bull market, even if a shift back to an upward trend may be prolonged and not entirely painless.

Though many top coins followed BTC and ended down for the week, there were some green exceptions, including Litecoin (LTC) – up 2%, Binance Coin (BNB) – up 13%, and Basic Attention Token (BAT) – which soared an incredible 25% on news of a new partnership between its Brave browser and the Tap Network. Most other top-tier coins were not so lucky, however, with Ethereum (ETH), EOS (EOS), Bitcoin Cash (BCH) and TRON (TRX) all falling over 8%.

One other bullish factor not discussed as often as most technical indicators is the fact that bitcoin is now less than 15 months away to its next block reward halving, which will decrease the coin reward per block mined from 12.5 to 6.25 bitcoins. The reason why this is important is because historically speaking, this is around the same period of time when bear markets have come to an end and bull markets are ready to begin anew. Of course, there have only been 2 halvings thus far in bitcoin’s history (from 50 BTC per block to 25 in 2012, then from 25 BTC per block to 12.5 in 2016), but both halvings tended to occur roughly in the middle of a bull market, as illustrated in the chart of this tweet:

The reasoning behind this is that the market needs time to “factor in” the next reward halving, as it means newer bitcoins will become more scarce, and so far, more valuable. Red and orange dots mean the next halving is far away, bright green dots (where bitcoin is now) represent 10-15 months away from the next event, and blue dots mean the halving is imminent. If bitcoin history is willing to repeat itself, this may mean that a tremendous “buy” opportunity is just around the corner (if not already currently underway).

For several years, bitcoin has been hailed as a potential “PayPal killer,” even managing to surpass the payment processing giant in market cap from November 2017 through June 2018. Though time has proven there is more than enough market space for both entities to peacefully co-exist, bitcoin does have the distinction of beating PayPal in terms of total transaction volume, first in 2017, and now again in 2018. Bitcoin saw a whopping total of $1.3 trillion in transactions last year, beating out PayPal by a wide margin and Discover card by an even wider margin. The mother of all cryptocurrencies still has a long way to go before coming close to beating out MasterCard or Visa, but the chance of this happening at some point in the future seems to be a realistic one. In a note to her clients, a financial analyst at MoffettNathanson explained why cryptocurrency may be something worth considering as an investment in the near future:

“As ludicrous as it may sound, the existential threat of cryptocurrency as a globally accepted, unbranded payment system that upends incumbents like Visa Inc., Mastercard Inc., and PayPal Holdings Inc. is worth watching but is unlikely to occur soon…

Both bitcoin and PayPal were helped by an ever-increasing amount of cross border transactions, which increased 10% to $689 billion last year, according to figures released by the World Bank. As a result of the increasing sophistication of cross border money transference technologies, overseas workers and expatriates have an increasingly bigger hand in contributing to the uptrend, no longer dependent on more classical forms of remittance like Western Union and MoneyGram.

In late February, Anti-virus software developer and crypto cult-of-personality John McAfee seemed to triple-down on his famed bitcoin price prediction, providing a “hard date” for BTC to reach the $1 million mark by the end of 2020. The 73 year-old expatriate had been losing relevance in the crypto sphere but managed to again reignite his popularity with a single tweet:

McAfee stormed to the forefront of crypto media when he made his famous July 2017 Twitter prediction that BTC would reach a price of $500,000 per coin by mid-2020. He was so impressed with bitcoin’s price movement that in late November he doubled his prediction, claiming he had modeled his original estimate on a $5,000 end of the year forecast. Of course, BTC ended the year much higher than that, but $1 million a coin still seemed extremely optimistic by any stretch of imagination.

By early 2018, McAfee was more popular than ever, pumping dozens of coins and ICOs left and right. Unfortunately for those caught up in his words and who heeded his recommendations, not one of which went on to achieve much profit or success or is higher in price than when he mentioned it on Twitter. It wasn’t too long into his stint of coin endorsements before people finally began to catch on to what was going on:

In March 2018, McAfee admitted that he charged $105,000 per tweet written about a coin, but soon cooled off his enterprise after the SEC began regularly cracking down on ICO promoters. Though he may no longer be in the limelight, or regarded as cryptocurrency’s darling/bad boy, he still tweets vociferously, unyielding in his belief that one day cryptocurrency will rule the universe.

Here are 8 instances (out of scores to choose from) in which McAfee got it dead wrong. ICO products (of which he advertised dozens) are not included, as their coin/token prices may have been non-existent at the time of the tweet, thus there is no basis for a comparison to today’s prices.

What McAfee had to say about it: “Disclaimer: SAFEX is the majority of my holdings. I ran numbers for weeks before I chose it – knowing it had technical problems and that it would be delisted from most exchanges. But I have, to my knowledge, never lost money on an investment.”

I have no interest in dumping. SAFEX is a serious long term play. I have zero interest in the ephemeral nonsense of short term minds

What McAfee had to say about it:

“You ask how I cannot know — I own no ETN. I am not pumping for my gain. I am showing you the incredible value of supporting a coin that will change the world.”

What McAfee had to say about it: “Reddcoin (RDD) – a sleeper – most widely used social network coin in the world – flying under the radar since 2014. Working with every Social Media platform, it is the only currency that many children under the age of 10 have ever known.”

What McAfee had to say about it: “Coin of the week: SYSCOIN (SYS). Blockchain Foundry, in partnership with Microsoft have provided a SYSCOIN wallet like no other. Creates a distributed and flexible on-line marketplace that enables co-operation alongside competition. Has encrypted messaging, aliases and more.”

What McAfee had to say about it: “COIN OF THE WEEK: Over 7,000 of my followers emailed us within the past 5 days and submitted their recommendations for the Coin of the week. The winner, receiving 511 votes, was NCASH. Not a bad out come I think.”

What McAfee had to say about it: “I got a Skycoin tattoo today. My tech folks will stitch a two minute video together that should capture the essence of the experience. For now, this short clip should summarize. Why Skycoin? If you have to ask, you’ve been living in a fucking closet.”

What McAfee had to say about it: “Bitcoin $4,100. Alt coins are cranking. The general mood is elevated. Business deals are flourishing. Is the Bull in town? Looks, smells and feels like it. Are you ready for it people?”

Of course, this last instance is McAfee’s best performing choice, and just because a coin is mentioned by McAfee does not necessarily mean that it has received the “McAfee kiss of death.” The arc of his track record, however, does suggest that he might be the greatest analyst when it comes to predicting a coin’s price movement, especially when realizing his motivations may not always be what they seem.

Richard Sherman has something to say to bitcoin haters pic.twitter.com/FEBiL9EaEQ