Decentraland (MANA) vs Axie Infinity (AXS): Which Metaverse Will Come Out On Top?

In a recent article, we discussed several metaverse projects the top exchanges are supporting and provided an overview of what each of them offers. In this blog post, we’d like to dig a little deeper and compare two of the major players in this space. And no, we’re not referring to Meta or the company formerly known as Facebook. We’re talking about Decentraland and Axie Infinity.

What is the Metaverse?

Before going any further, it’s essential that we have at least a general understanding of what the metaverse concept is.

Although we provided a more comprehensive definition along with a chance to learn more about other metaverse projects in a recent article, here’s a brief recap in case you missed it.

The metaverse is an entirely virtual space that integrates the technology of blockchains and cryptocurrency.

What is Decentraland (MANA)?

Decentraland is a virtual reality platform on the Ethereum blockchain that boasts around 300,000 monthly users. In the two years since its launch, this virtual world has provided users with the opportunity to develop parcels and own virtual plots of land and other items as NFTs.

Their long list of partnerships includes notable names such as the Australian Open, Samsung, Paris Hilton, and even renowned artist Boy George, who held a live concert in Vegas City, Decentraland on February 26, 2022.

The Decentraland economy is based on two tokens: MANA and LAND. The native token MANA is used to pay for several items from the Decentraland marketplace and, most importantly, buy LAND, this metaverse’s other token, an NFT that represents digital real estate.

In order to make money in Decentraland, investors have many options at their fingertips. Apart from the common method of trading or investing in MANA, users can use their virtual land in much the same way they would in the real world.

For example, Decentraland gives people the ability to buy and sell LAND, and even monetize their digital property by leasing it, advertising it or hosting several paid experiences on it. What’s more, the NFT marketplace also allows players to trade virtual goods on the platform for a profit.

Decentraland ensures a high level of decentralization, which protects investors against rug pulls, thanks to a few key features.

Second, the code is open source. Anyone is able to improve, audit, or add new functionality to the platform.

Lastly, data regarding ownership and governance is stored on-chain on the Ethereum blockchain. This protects investors from database hacks or losing their virtual belongings if their private keys are stolen.

What’s Next for Decentraland in 2022?

Decentraland aims to expand its metaverse technology by adding a few major features in 2022.

Until now, the platform has been entirely browser-based on a computer. However, a new desktop client for Windows, Linux, and Mac is in development. A mobile app is also in the early prototyping stages. These two steps represent a major move in making Decentraland more accessible to a wider user base.

Other than these major updates, several in-world improvements are being added. Among them are improving Decentraland’s voice chat system, the private chat system, and moderation.

Most importantly, Decentraland will be hosting the first-ever Metaverse Fashion Week from March 24 and 27. Several notable brands, such as Tommy Hilfiger, Dolce & Gabbana, Jacob & Co, Vogue Arabia, Paco Rabanne, and many more are expected to participate in the virtual event.

With a market cap of nearly $5 billion, MANA is by far the largest metaverse project. In fact, its second-largest competitor, The Sandbox (SAND), which we also discussed in a recent post, currently has a market cap of $3.4 billion.

Since our last metaverse article, MANA has risen through the ranks from being the 35th largest crypto project to 30th.

Like the majority of the crypto market in 2022, Decentraland has experienced extreme volatility.

As can be seen on the year-to-date chart, late January represents the period during which the market reacted and had the largest drops. This was a reaction to the proposed Russian ban on the use and mining of cryptocurrencies and the US Federal Reserve’s discussion about raising interest rates earlier and faster than anticipated.

In fact, we explored these market dynamics in further detail along with several rules on how to invest while the crypto market is crashing in a recent blog.

The dip in late February is another market reaction to Russian news. This time, however, it was the war between Russia and Ukraine which has affected all markets worldwide.

The current geopolitical situation is cause for massive uncertainty in both the crypto and stock markets. As such, further volatility without clear trends is to be expected, which will significantly affect the price of MANA. Although anything is possible, it does not seem as if Decentraland will relinquish its position as the top metaverse cryptocurrency.

However, in our opinion, the price of this project is highly tied to the crypto concepts of the metaverse and NFTs. These have not existed long enough for us to understand whether they are a fleeting trend or an area of interest for investors for the long term.

What’s more, Decentraland’s plans for 2022 do not seem incredibly ambitious, nor do they involve huge advancements. For that reason, MANA’s performance depends on Decentraland’s ability to, at minimum, retain current users and hopefully increase their user base throughout the rest of this year.

What is Axie Infinity (AXS)?

Axie Infinity is a video game on the Ethereum blockchain where users own digital pets called Axies. Axies, which are NFTs, are central to gameplay as players can collect, raise, battle, and trade them, in a style reminiscent of Pokemon, Digimon, and other monster fighting games.

As opposed to previous non-blockchain games of this style, Axie Infinity is a play-to-earn game. In other words, users can earn an income simply by playing. Axie Infinity has made headlines for this since throughout the past years, players from developing nations, such as the Philippines, have been able to make a living simply from playing the game.

The main ways to earn money on Axie Infinity are by:

What is Smooth Love Potion (SLP)?

While the AXS token is the main one people associate with the game, there are actually two native tokens. The other is Smooth Love Potion (SLP), which is also central to gameplay.

SLP has an unlimited supply and represents the primary source of income for gamers for two fundamental reasons.

On one hand, players use SLP to breed their Axies (which is burned once the new pet has been created), which they can then sell as NFTs on the marketplace. On the other hand, similar to other cryptocurrencies, SLP can be traded on crypto exchanges like Binance, Gate.io, and Gemini. 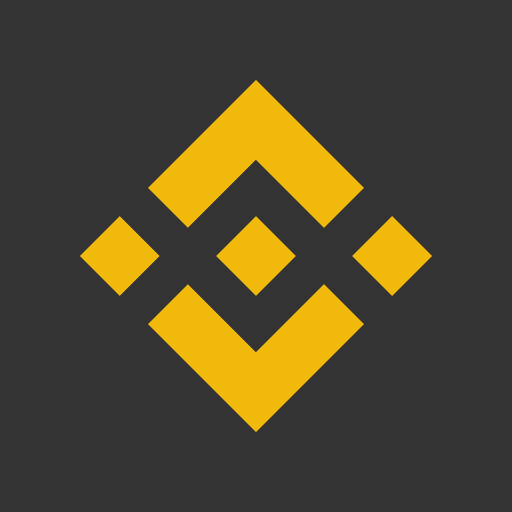 In order to earn rewards in SLP, Axie Infinity players must complete daily quests, battle other players in the Arena, or compete in the Adventure mode. That said, there is a limit on how much SLP players can earn per day.

As of right now, the bulk of Axie Infinity’s gameplay involves player versus player battles and it lacks an actual metaverse or virtual world.

However, a recently released teaser introduces land gameplay, also known as Project K, and a new 3D art style, which would propel the game to the next level. According to Axie Infinity, land gameplay will allow players to expand their kingdom, harvest resources, attack enemies (known as Chimeras) and other players.

In addition, examining the project’s publicly available roadmap and community updates gives us some exciting information about what lies ahead.

First, the team is working on a new phase of the project called Axie Infinity: Origin, which is tentatively set to be released in Q1 2022. This upgrade will feature brand new interfaces, game mechanics, art, special effects, storylines, and an expansive onboarding experience.

Most importantly, it has been made to be more inclusive for a mainstream audience. While currently, you have to buy your first Axie to get started, Axie Infinity: Origin will feature 3 free starter Axies making it easier for friends and family to join the community.

According to the project, “the goal of this program is to further strengthen our community’s ability to create gaming experiences and tools while managing risk to our community members, and our gaming network at large.”

As of writing this article, AXS’ market cap is approaching $3 billion. This makes it the third-largest metaverse cryptocurrency, according to CoinMarketCap.

With a market cap of nearly $5 billion, MANA is by far the largest metaverse project by market cap. In fact, its second-largest competitor, The Sandbox (SAND), which we also discussed in a recent post, currently has a market cap of $3.4 billion.

Since our last metaverse article, AXS has dropped a few spots from being the 37th largest crypto project to 42nd.

When compared to MANA, AXS has seen a more severe reduction in price, dropping from $94 at the beginning of 2022 to around $50. While AXS has been subject to the same macroeconomic pressures as the rest of the market, such as the Fed’s news and the Russian invasion of Ukraine, its sell-off has been more pronounced.

SLP, on the other hand, has performed very differently in 2022. In fact, it has only dropped in value from around $0.027 to $0.02, which is encouraging given the overall state of the market.

In early February, SLP skyrocketed by 300% ahead of the launch of season 20 of Axie Infinity and a significant update to the game’s economy.

Given Axie Infinity’s constant updates and strong community base, the case for its continued growth is very strong. By focusing on upgrading the gameplay from being a simple, turn-based fighting game to now incorporating an open world, with their new land gameplay, Axie Infinity demonstrates its dedication to its mission and to fully stepping into the metaverse.

In addition, initiatives like the Builders Program, which rewards developers for their contributions, and developments like Axie Infinity: Origin, which makes the game more accessible to the average user, are incredible, ambitious milestones for cryptocurrency’s most popular game.

Our Final Take on Decentraland vs Axie Infinity

Although they are both considered metaverse projects, Axie Infinity and Decentraland represent dramatically different products with very different audiences. On one hand, Decentraland is a social platform where people attend events, meet people, and buy virtual real estate, much like they would in the real world.

On the other hand, Axie Infinity is a blockchain take on Pokemon and card games that allow people in some countries to earn a living simply from playing.

In our opinion, Axie Infinity seems to provide a more valuable investment to its users due to its constant stream of upgrades to its game and community. If you’re an investor that believes in the future of blockchain gaming, the largest crypto game might be a good place to start.

Nonetheless, if you believe that the concept of the metaverse as a social platform will continue to thrive, then perhaps Decentraland would be a solid investment for you.

Both AXS and MANA are available on Gemini 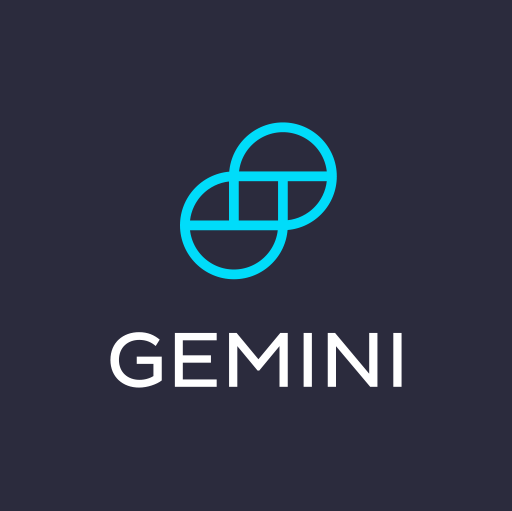