Bithumb was originally founded in 2014 as a Korea-only exchange but has since transformed into a global enterprise, now serving approximately 10 million users across 150 different countries. Bithumb offers over 200 coins and tokens, some of which have tremendous trading volume. In all, both Bithumb (Korea) and Bithumb Global (also known as Bithumb Pro) see a combined several hundred million dollars worth of trades on a daily basis. Their registration process is quite simple and it is possible to get started trading there within a matter of minutes.

Why use Bithumb Global?

Besides being a top rate exchange at which hundreds of trading pairs can be found with decent-to-high liquidity, Bithumb is great for making crypto purchases with fiat currency. Bithumb supports about 35 different fiat currencies for quick (non-trade) fiat purchases and an almost equal number of payment options. Basically, almost every type of payment option is supported by Bithumb. In addition, Bithumb has very low verification requirements for those who plan on making 5 BTC or less worth of withdrawals per day, which means having a Bithumb account is a must for any casual or serious crypto trader/investor.

Basics of getting started

Bithumb Global (Bithumb Pro) is open to customers just about everywhere in the world, as they employ a “due your own diligence”-type approach to user signup. This means that while you can register an account from almost anywhere in the world, it is up to you, the user, to make sure that you are in compliance with all of your local government’s laws and regulations before conducing cryptocurrency purchases, sales, or trades via Bithumb. Some of the regions where citizens are expressly barred from using Bithumb include Pakistan, Syria, Tunisia, Serbia, Bahamas, Yemen, Cambodia and Iran.

Non-Korean users will want to register an account at Bithumb Pro (Bithumb Global) as opposed to the regular Bithumb website. Note that users from the following countries are not allowed to use fiat to make crypto purchases on Bithumb:

After clicking on the orange Register button toward the top right hand of the screen, you will be asked to register an email address by entering a verification code sent to it by Bithumb. After entering in the 6 digit verification code and creating a password (entered twice), it will then be time to perform a 2-step verification before proceeding any further. 2-FA consists of either attaching a phone number and verifying it via SMS or else scanning a QR code with Google Auth and using that application.

After successfully attaching a 2-FA method, that’s it – your account has now been created and you can proceed to making deposits and using the exchange.

Getting verified at Bithumb Global

Bithumb takes a generally liberal approach to account limits and the verification process. Upon successful creation of an account, you are granted Level 1 Verification, which is good for up to 5 BTC per day worth of withdrawals — quite large compared to many other top-tier exchanges. For Level 2 Verification (up to 100 BTC worth of withdrawals per day), you will need to provide Bithumb with the following info:

Verification is usually performed within 3-4 hours, though in some instances it may take up to 24 hours. To receive Level 3 Verification (over 100 BTC in total withdrawals per day), you will need to have performed over 100 BTC worth of trades. Most traders won’t need verification beyond Level 1 or Level 2, which makes Bithumb great for casual traders that don’t want to share too much personal information with their cryptocurrency exchange.

How to make a deposit at Bithumb

To make a deposit, hover over your email address displayed toward the top right of the screen and select the “Deposit” option. Note that only 2 fiat deposit options are currently available at Bithumb: TRY and RUB. All dollar-based purchases must be made using stablecoins like USDT or TUSD. The easiest way to find the coin you wish to deposit is by typing in its symbol in the “Select Coin” field. After selecting the coin to be deposited, a deposit address for that coin will be generated. Copy this address and paste it into the wallet from which you are sending in order to initiate the transfer.

How to trade on Bithumb Global

There are 4 different types of trades that can be made on Bithumb:

Bithumb offers slightly over 200 coins and tokens across 5 different pairing backs, which include Fiat (USDT, RUB, TRY), BTC, and ETH. Although too many to list in their entirety, some of the coins with the greatest amount of trading volume on any given day include:

For crypto/crypto trades, Bithumb has flat fees of 0.10% for both Maker (limit) and Taker (market) orders. For fiat/crypto trades, there is a minimum 3% fee built into the transaction, frequently alongside a fee charged by the payment provider. For example, if the market price of BTC was currently $10,000, a MasterCard purchase would like a buy price of $10,300, and depending on the service used to conduct the transaction, a $25 fee could be tacked on as well. Despite getting hit with 2 fees, Bithumb’s fiat/crypto trading service seems to be slightly cheaper than most other exchanges that offer this option.

How to make a withdrawal

To make a withdrawal, hover over your email address toward the upper right corner of the screen and click on “Withdrawal”. You must create a Fund Password before making a withdrawal (Bithumb will inform you of this requirement before you can make your first withdrawal). After setting this up, find the coin you wish to withdrawal by typing its symbol name, enter the address to which the coins will be withdrawn, enter your Fund Password and 2-FA code, then click “Submit”. Withdrawals are usually processed near instantly.

The withdrawal fee for Bitcoin is 0.001 BTC, which is somewhat hefty compared to many other exchanges, and 0.01 ETH for Ethereum. Exchange fees are generally cheaper in terms of dollar value for most other coins. Withdrawal fees for the 2 fiat currencies supported by Bithumb vary on the payment provider but tend to be around 2% plus a set amount in the fiat currency.

Unfortunately, Bithumb has indeed had a number of security breaches and hacking incidents over the years. As a sign of running a healthy and honest business, however, Bithumb has always made their customers whole, and maintains a decent reputation among the crypto community for having done so. Though in some years these losses (along with operating losses) reach catastrophic figures, Bithumb is a flourishing enterprise that is dedicated to being in it for the long haul. This makes them relatively trustworthy overall.

In addition to the mandatory 2-FA requirement, Bithumb has other, optional security features which can be found in your user profile. They include:

Bithumb Global does having a trading app for both Android and iOS devices. Even though the app will allow you to perform all of the functions you could using the web version of the exchange, the biggest problem that app users seem to have is the inability to adjust the language settings from Korean to English (or whatever other preferred language). Apparently this can be done by clicking on an icon next to Settings on the app, but it is still not easy to find as all language is written in Korean text. This will make it exceptionally difficult for non-Korean users to register for the exchange from the app.

Benefits of Bithumb Global (over competitors)

Bithumb is a decent exchange that supports a relatively huge number of coins and can be accessed by almost everybody. What their trading screen lacks in sophistication, they make up for in liquidity and competency. If you are looking to do simple, fast fiat-to-crypto conversions, Bithumb is probably the perfect exchange for you as you will have access to the biggest selection of payment service providers supported by any cryptocurrency exchange, and at decent conversion rates as well.

Basically, there’s no real reason why anyone shouldn’t have a Bithumb account as they can be created in minutes and used to perform thousands of dollars worth of trades and withdrawals KYC-free, each day. Despite their previous security incidents, Bithumb is considered to be a relatively trustworthy exchange that won’t try to cheat you out of your balances or lock your account. We therefore have no problem recommending them as a secondary or even primary exchange to our readers.

Be the first to leave a review.

What people say... Leave your rating
Order by:

Be the first to leave a review. 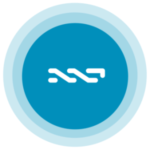 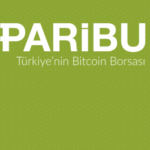