How to Buy Bitcoin With Paypal

How to go from PayPal to bitcoin to back again

What is covered in this article:
1. How to go from PayPal to bitcoin to back again
2. So how do I use Paypal to buy Bitcoin then?

There was a brief moment in history where it appeared that major money transferring services like PayPal saw the peer-to-peer nature of bitcoin as a potential rival or even arch-nemesis to their business model. Through lowering the cost of transaction fees than that charged by companies like PayPal and Western Union, it was speculated by the bitcoin community (and media) that society would quickly ditch traditional online money transfer methods for bitcoin in droves. This has proved to be only partially true. Though bitcoin still has some ways to go before it can be considered truly “mainstream,” it is already making money transfer services rethink the way they do business. Only a few years ago, bitcoin was touted by major media outlets as a possible replacement for services like PayPal. No longer did the public have to rely on a single, centralized company to move money over the internet. When PayPal cut off donations to WikiLeaks, bitcoin was there to fill in the gap.

However, it turns out that the online payment market is big enough for both systems to co-exist and prosper, and in late 2014, PayPal worked with its partners at eBay to enable the ability of merchants to accept bitcoin as payment, with further integration taking place in 2015. In June 2016, major bitcoin exchange Coinbase began accepting PayPal for bitcoin sells, meaning the dollar worth of bitcoins sold on the site could be deposited to your PayPal account. Though they have yet to complete the last step of integrating bitcoin transactions into their money transfer options, PayPal has come a tremendous way towards its acceptance of bitcoin, and the trend is likely to continue into the foreseeable future.

Let’s say you want to use your PayPal account to trade buy and sell bitcoin – there are ways to do that even without a direct PayPal to bitcoin pathway. Whether you are interested in going from bitcoin to PayPal or PayPal to bitcoin, there are reliable services that have you covered.

So how do I use Paypal to buy Bitcoin then?

Out of the many PayPal bitcoin vendors (view our full list), three are of particularly worthy note, and we discuss them here. 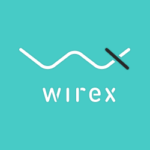 The WireXApp, formerly known as E-Coin, offers bitcoin- and cash-loaded credit cards that not only function as a bitcoin wallet but also allow you to hold your card balances in both fiat currency or bitcoin. Their android app is a secure bitcoin wallet / banking app that comes complete with a virtual credit card, allowing you to conduct transactions in bitcoin or fiat currency on the fly.

Loading the card with a balance is extremely easy. After installing the app on your Android phone, a bitcoin address (beginning with the number “3”) is generated for you, from which you can receive or send bitcoin. The bitcoin in this address also acts as cash, which you can spend like you would a normal debit card by selecting the “Order new card” option. The virtual version of the card is free but for $17 you can have a physical card delivered to your address.

The only setback for the whole card option is that it is currently not available inside the United States, but developers are promising email updates as to when that might change. Otherwise, there are a wide variety of methods you can use to add money to your WireX account, including bank account transfers, online payment transfers and PayPal in addition to bitcoin deposits. The fee for the instant conversion of cash to bitcoin is a relatively small price to pay for the convenience this app creates. By converting PayPal funds into virtual credit card funds, it becomes possible to use them to purchase bitcoin from a major exchange like Coinbase. 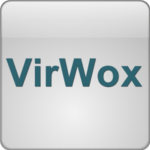 In contrast to the stark simplicity of WireX, Virwox offers much more flexibility in transfer options and is not a commercial payment mechanism in and of itself. Virwox can best be described as an “independent exchange for trading virtual currencies,” focusing heavily on the exchange of a huge array of in-game virtual currencies, such as Second Life Lindens (SLL) and the Open Metaverse Currency (OMC), which is accepted for in-game purchases in a number of online virtual world simulators.

Users of the site may transfer bitcoin to their account address, make a debit or credit card payment, or use PayPal, Skrill or OKPay to fund their account. Currency exchanges come in a wide variety of pairings, like USD/SLL, EUR/SLL and BTC/SLL. Virwox is thusly a novel and clever way to buy bitcoin, as SLL and OMC can be used as intermediaries to facilitate the purchase of BTC with PayPal. Granted you do not lose much value when trading SLL for bitcoin, Virwox makes buying bitcoin at a fair rate available to anybody who is comfortable placing orders and making the necessary trades to convert PayPal to bitcoin. The features for orders are highly flexible, allowing users to place both market and limit orders, and the exchange is visited by thousands of users daily, creating a high level of liquidity that keeps prices fair. 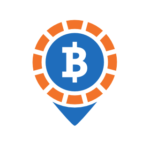 Localbitcoins has been around since 2012 — a comparatively long time to exist in the cryptocurrency space. It established itself early on as the #1 way to buy and sell bitcoins globally by organizing person-to-person transactions and now offers online trades as well. Instead of using a website to automate the sale of bitcoin, Localbitcoins took a novel approach by helping buyers and sellers meet up in person to make trades at agreed-upon prices. This business model has fared well, connecting thousands of users to trades which are not subject to the often-lengthy waiting periods, services fees or red tape associated with conventional bitcoin exchanges.

Localbitcoins works using a trust system like that of Amazon on eBay. Parties can leave positive or negative feedback when reviewing their experience trading with the other party. You can see the number of parties with which a buyer or seller have interacted, what kind of trading volume they’ve done in total and how many other users have given them their “trust” rating (you can also see how many people they’ve been blocked by). While the vast majority of user experiences go according to plan, it is always wise to buy bitcoin only from verified sellers who have a high positive feedback rating (90%+) and a decent number of previous sales (100+) under their belt.

Localbitcoins has expanded to include online transactions where users can agree upon one of many forms of payment: cash by mail, cash deposit, check order, credit card and PayPal. For the directness and convenience of service you will likely have to pay a premium when purchasing bitcoin using one of these methods. Because there is no such thing as a direct “PayPal to bitcoin” or “bitcoin to PayPal” transaction, bitcoin sellers must put in effort to maintain inventory that is usually reflected in the form of a service charge. Nevertheless, Localbitcoins’ peer-to-peer nature makes it a highly popular route, taken by many who are interested in purchasing or selling bitcoin without the hassle or delay of institutional regulations.

To recap, there are several ways of using your PayPal account to buy bitcoin. Depending on whether you are looking for ease, value or speed, one of the three options listed above will likely suit your needs. Make sure that you are comfortable with various surcharges, commissions and fees that may be applicable to your site of choice before attempting to purchase or sell bitcoin with PayPal. Experiment with different services until you find a method that is suitable for your needs or level of expertise. Until PayPal accepts bitcoin for payment directly, expect third-party companies to continue finding novel ways to streamline the connection from bitcoin to PayPal in an attempt to make them more user-friendly.