Bitcoin and altcoins experienced another significant leg up in both price and public awareness this week as several cryptocurrencies hit new all-time highs. With skyrocketing prices come intensified mainstream media attention as well as continued government and corporate adoption and legalization. It’s been a dizzying ride so far in 2017, and the momentum does not seem to be slowing in any form. Although there is a barrage of news every day that would have been our lead story only a few months ago, here are our biggest stories and trends for the week: 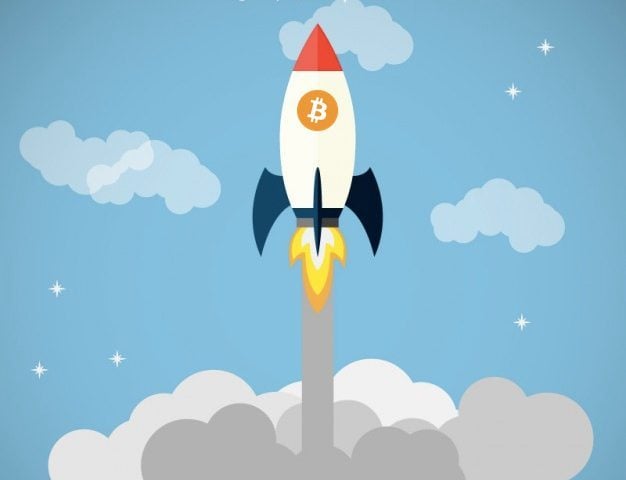 Just when we thought things couldn’t get any crazier, bitcoin was the recipient of a 20% price spike this last week, going as high as $1623 in some markets before settling back down in the mid $1500s, where it comfortably resides as of the writing of this article.

The continued momentum stems from Wall Street’s definitive signals of its desire to legitimize bitcoin as a real financial instrument, with financial institutions around the globe following suit. In the face of the Winklevoss ETF re-ruling and potential launch of a new ETF, Wall Street money continues to pour into bitcoin as different billionaire investors continue to publicly announce their plans to shift hundreds of millions of dollars in traditional fund investments to bitcoin, ether and other cryptocurrencies not yet available to the public.

The price of bitcoin has tripled over the last year, cracking $40 billion in market capitalization for the first time last week. Just a few years earlier, the number of cryptocurrency users globally was estimated to be at about 1 million. In 2017, the total number of coin wallets being regularly used ballooned to an estimated 35 million, with about 3 million total users worldwide. While this is still a tiny fragment of the earth’s population, there’s no longer any denying of bitcoin’s right to a foothold in the realm of corporate, high-level finance.

Pretty much every major financial publication has covered bitcoin by this point, with CNBC and Forbes being along the last in line to offer guidance to their millions of readers of how to best approach dealing with bitcoin. NASDAQ, Kiplinger and Money magazines have all issued their own advice on how every-day investors should approach bitcoin, with the general theme of caution and hesitancy running through most pieces.

Because bitcoin was relatively uncirculated and unheard-of by Wall Street for so long, prices tended to fluctuate wildly and were sensitive to the most mild of mood swings. With now over 15 million of the to-be total of 21 million bitcoins in circulation and a conglomeration of worldwide exchanges, the price of bitcoin tends to be more stable than in years past. Regardless of whether bitcoin suffers another MtGox-like collapse due to a somewhat-similar run-up in price, the everyday population is being trained by their media sources on what bitcoin is and how to use it. For better or for worse, bitcoin is now officially part of the mainstream.

Because of its inability to shake its association with nefarious criminal activities – partly due to its anonymous nature and partly due to its lack of clear-cut regulations – bitcoin has earned itself the reputation of being the “blood diamonds of the digital era.”

This implies that although many honest citizens may want to use bitcoin as an investment vehicle, the fact that so many bitcoins have been “tainted” by criminal activity (theoretically traceable via the blockchain) is a turnoff to law-abiding citizens. Even if an investor may have done nothing illegal, it is quite possible that some of the bitcoin they owned was once used for nefarious activities. So how does bitcoin best avoid this stigma? According to the government, through proper taxation, of course, because once something is taxable it is considered to be a legitimate source of value by the government issuing the tax.

Ransomware, drug sales, money laundering and fraud committed via bitcoin are reaching staggering proportions in 2017, pressing the need for the IRS to issue advanced guidance on how to treat bitcoin earnings and losses. Tax evasion is another big reason the IRS is stepping up their regulation game, with financial media powerhouses like Forbes suggesting that bitcoin users in the U.S. retain all documentation related to their bitcoin dealings, in case the IRS decides that it should require this from you the next time you file your taxes.

In a novel use of the idea of cryptocurrency, the government of Dubai is partnering with an Islamic financial services company and gold trading platform to issue $500 million worth of digital tokens “backed by gold.” This would make it the biggest crowd sale for an Initial Coin Offering (ICO) to ever take place, beating out #2 crypto Ethereum by about $350 million. Each token, named OneGramCoin tokens will represent one gram of gold and will be redeemable by the issuer.

The venture is not only one-of-a-kind but is also deemed fully compliant with Sharia law, meaning the “Islamic Finance Sector” (which currently makes up about 1% of the worldwide GDP) will finally have permission to access and invest in a cryptocurrency. Even if only OneGramCoins are Sharia-compliant out of the hundreds of existing cryptocurrencies, perhaps this will open the gates for a reconsideration of the legitimacy of cryptocurrency as a whole by the financial regulators of Islamic states.

Though commodity-backed digital currencies remove the decentralization aspect of cryptocurrency, as the investor is putting faith in the company to live up to its word that it indeed has a proper-sized store of the commodity being represented in their possession, the idea will likely spread to other commodities in the future — if these first two can prove themselves to be worthy.