In this week’s edition, we bring you the latest developments in the crypto universe, and there were quite a few to go over. While the market has not shown signs of bursting into bull territory yet this year, one coin (token) continues to grow (BNB), and we discuss the reasons why. We also go over the impact the U.S. federal government’s shutdown is having on crypto, cover two huge data breaches that may very well affect you, discuss the delay of the Ethereum hard fork, and cover several other ongoings in crypto from around the globe. 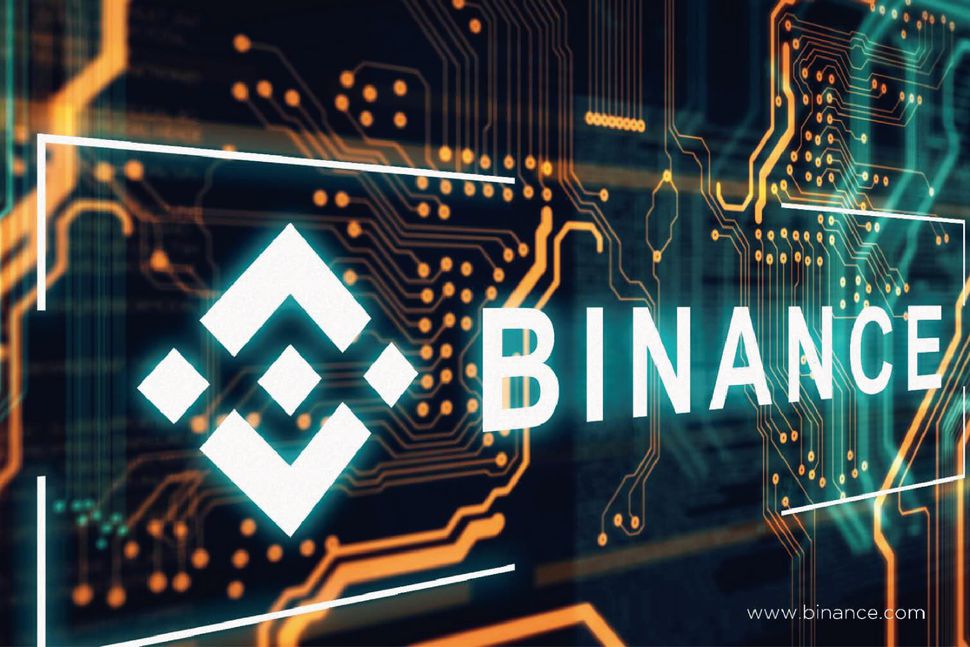 The price of BTC treaded on careful ground last week, bolting up momentarily above $3,750 before falling back to $3,500 in a matter of hours, ending down slightly less than 4% over the last 7 day period. Per usual, most of the crypto market followed suit and posted single-digit losses for the week, with both Ethereum (ETH) and Bitcoin Cash (BCH) falling close to 5%. Banking-friendly coin Ripple (XRP) further cemented its #2 position in the ranking of coins by market cap, as a delay in Ethereum’s Constantinople hard fork until February proved to be unnerving to investors.

A handful of top-tier coins managed to fare significantly well, however; most notably was Binance Coin (BNB) which saw a gain of 10% on news that its parent exchange, Binance, would now be handling crypto-to-fiat transactions for a large portion of European markets. Amazingly, Binance Coin – the most successful Ethereum token to ever be traded – is one of the only coins in existence that has fared positively against BTC over the course of the last year, and now sports a market cap of $839 million. The Binance exchange itself is one crypto’s biggest success stories of 2018 as it managed to post record profits even in discouraging market conditions.

The BNB token was released to the public during an ICO period in which funds were raised for the construction of Binance and cost an average of $0.1553 per token. Needless to say, original investors are pretty happy about their investment, as BNB is a prime example of a success story that captured the hearts and imaginations of millions of new investors who flocked to the crypto scene in late 2017, looking to get in on the “next bitcoin.”

Part of BNB’s appeal is its utility in mitigating trading fees on its exchange, helping traders obtain the equivalent of a 25% discount on trades. Binance has also implemented a coin buyback program which is described as follows:

Every quarter, we will use 20% of our profits to buy back BNB and destroy them, until we buy 50% of all the BNB (100MM) back. All buy-back transactions will be announced on the blockchain. We eventually will destroy 100MM BNB, leaving 100MM BNB remaining.

Will a Continued Government Shutdown Affect a Bitcoin ETF Decision? Yes and No

A long stalemate between heavily divided political parties in America has led to the longest government shutdown on record, with hundreds of thousands of federal employees going without pay for several weeks thus far. The shutdown has reaching effects far and wide, even trickling down to the crypto community. Not only does it prevent the Wall Street-oriented Bakkt firm from getting the necessary approval from the CFTC it needs to open its doors to the public on time, but it is causing yet another delay to the long-awaited decision by the SEC on the Van Eck Bitcoin ETF, hailed as the catalyst that cryptocurrency markets need to reverse course and begin a new bull run.

If the government shutdown continues beyond the 270 day limit that the SEC has to issue a ruling on the Van Eck Bitcoin ETF (which expires on February 27th), it was hypothesized that the ETF would be approved by default due to a loophole in regulation that forces the SEC to comply with the time limit regardless of the circumstances. However, this take was soon revealed to be over-optimistic and in fact, the shutdown will likely bring more harm than good to Van Eck’s chances of approval. Government enforcement defense & securities lawyer Jake Chervinsky wrote a long-winded series of tweets explaining just what the government shutdown means to the status of the ETF:

“The VanEck/SolidX bitcoin ETF won’t be automatically approved just because the US government is shut down. I’ve seen a lot of confusion & misinformation about how the shutdown affects the SEC and its process for handling ETF proposals…

As you probably know, the SEC’s final deadline to approve or deny the ETF is February 27. That’s 240 days after the ETF proposal was first published in the Federal Register… That 240-day deadline is imposed by federal statute…

By law, that means if the SEC fails to make a decision by the February 27 deadline, the ETF will be automatically approved. Because the deadline is statutory, the shutdown doesn’t affect it at all. The law continues to apply whether the government is funded or not.

From these facts, the following narrative has emerged:

– which means the SEC might not decide by the deadline

– in which case the ETF will be approved!

Sorry, but that’s *extremely* unlikely… If I’m wrong (it’s possible), then one of two things has happened:

#1: the SEC decided to approve the ETF anyway & preferred to allow auto-approval than to issue an order of approval during a shutdown.

#2: the SEC couldn’t keep its skeleton crew on board to issue a denial…

One last bit of bad news for the ETF bulls: if the shutdown continues to February 27, I think the ETF’s chance of approval is near zero…

Don’t get me wrong: the ETF could still be approved, especially if the SEC made its decision before the shutdown started. All I’m saying is that the shutdown doesn’t improve the ETF’s chances of approval at all. In fact, the opposite is probably true.” – Jake Chervinsky

Whatever happens with the outcome of the SEC’s decision, VanEck vows to launch their bitcoin futures product in the first half of 2019, in a joint venture with Nasdaq. Nasdaq is the world’s second-largest stock exchange and has been working with the Commodity Futures Trading Commission (CFTC) to make sure that it fulfils all regulatory measure.

While most hardcore bitcoin idealists remain firmly objected to any sort of government interference or regulation of cryptocurrency (as it goes against universally-available, libertarian-based roots), a small contingency of optimists within the community welcome regulation with open arms, under the prospects that enhanced guidance and clarity will bring the semblance of stability required to attract merchant adoption. With its continued wild swing in volatility, bitcoin and most cryptocurrencies remain non-viable options as a method of payment.

Two potentially-related database hacks came to light over the course of the last week, resulting in over 773 million e-mail addresses and their corresponding passwords being leaked to the general public. The data from the first hacking is a collection of over 2000 breached databases in which the password hashing (sometimes known as “salting”) had been cracked. Those whose data has potentially be compromised as advised to use this database query tool to find out whether their email address(es) and/or password(s) are among the leaked data (the tool has been determined to be non-malicious, however, those negatively affected should change their password immediately).

The second database hacking affects crypto exchange users from top exchanges such as Binance, Bittrex, Poloniex and Bitfinex. The data has been put up for sale on the dark web and determined to be legitimate, consisting of components uploaded by users to fulfill Know Your Customer (KYC) requirements. It was not immediately known how the hacker managed to gain access to and collect the data as signs of unauthorized access to such databases were yet to be found by the exchanges. The hacker has been online since July 2018 and claims to have hacked documents used in KYC checks – including identity cards and drivers’ licenses – from users of the top exchanges. The recent revelation that many users’ personal data is now up for sale on darknet markets thanks to KYC requirements is certain to reignite an age-old debate on whether exchanges should demand the provision of sensitive information.

Citing security concerns that may make it easy for hackers to steal ETH from certain types of smart contracts, the developers of Ethereum decided to postpone the Ethereum Constantinople hard fork until late February, causing a degree of consternation among users who had already prepped themselves for apparently no reason. This is the second time the hard fork has been postponed, the first time being back in November of last year. One of the lead developers had this to say about the delay.

“Because the risk is non-zero and the amount of time required to determine the risk with confidence is longer the amount of time available before the planned Constantinople upgrade, a decision was reached to postpone the fork out of an abundance of caution.” – Hudson Jameson, Ethereum developer

Reactions among the community were largely negative, with most Ethereum users not impressed with the lack of progress being made in readying the platform for an anticipated switch to a Proof of Stake algorithm that is supposed to take place before the year’s end. One commenter on the Bitcointalk forum summed up the general attitude toward the developer team’s decision pretty succinctly:

“Delay again? Arrggghhh, I don’t know what will happen in a few days later, if this makes some traders get mad, they will dump ethereum too deep. But I am sure that more people want to hold the price to not getting the drop. But who knows what will happen in the market later. And now, I see ethereum is going to go down again after yesterday can get strong for a while.” – Bitcointalk user michellee

After a stifled launch of the petro, the would-be world’s first government-backed cryptocurrency, Venezuela is presenting another crypto-related opportunity for citizens looking for a stable store of value. The grand launch of the country’s first Bitcoin ATM is set to take place in upcoming weeks in the capital city of Caracas, amid reports that a nation-wide ban on operation of the popular p2p bitcoin trading solution, Localbitcoins.

The poverty-stricken country has been facing ongoing inflationary issues with their national currency, the bolivar, which are frequently regarded as the result of Maduro’s harsh anti-economic policies. Maduro claims that his country is at “economic war” with the United States and that raising funds from abroad through his cryptocurrency is a good way to wage combat against sanctions dictated by the superpower. Instead of going through traditional channels, global investors can invest in Venezuelan oil by purchasing the petro, as claimed by Maduro.

Critics note that transparency and accountability are two attributes not normally associated with the Maduro presidency and that the coin may quickly lose value if Maduro is voted out of office. Members of the opposition point out that the oil specifically designated to back the petro has yet to be drilled from reserves, and when it is, the government of Venezuela is only entitled to 60% of the yield, per outstanding contractual agreements. The U.S. Treasury Department had previously warned its citizens against investing in the petro, specifically stating that domestic purchases of the petro could potentially be considered sponsorship of terrorism, due to the ongoing sanctions against Venezuela.